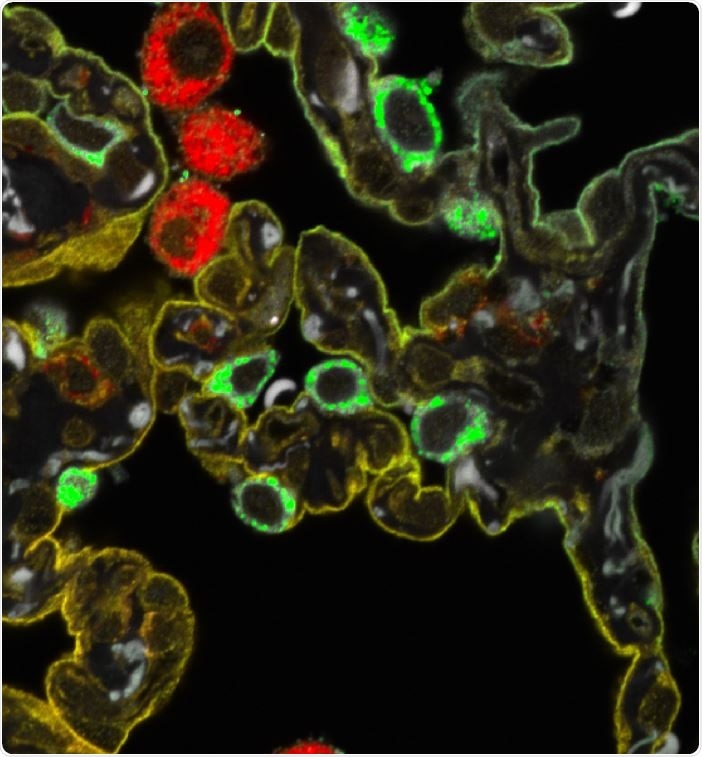 PicoQuant and the Charité University Medical Center, Berlin, are co-supervising an Early Stage Researcher (ESR) as part of the Marie Skłodowska-Curie actions in the Innovative Training Networks H2020-MSCA-ITN.

During his stay at PicoQuant, the ESR is preparing a PhD thesis on "Novel Applications for Spectrally Resolved Fluorescence Lifetime Imaging (sFLIM)".

The projects aim is to explore the feasibility and limits for quantitative separation of fluorescent markers in a strongly autofluorescing environment. The separation has been improved over the last years by using spectral confocal microscopy in combination with linear unmixing.

However, the separation of multiple labels in biological samples still remains challenging, especially when strong tissue autofluorescence drowns out the response from specific labeled structures.

Early on in the research project, hard- and software parameters were established that are excellent for simultaneous spectrally resolved imaging and fluorescence lifetime measurement.

In a cooperation with the Charité Berlin, the developed sFLIM detection set-up is used to investigate and analyze highly autofluorescent lung tissues that are labeled with multiple fluorophores. Applying a unique pattern matching technique1, a massive improved discrimination of these labels has been achieved.

PicoQuant is a leading research and development company specializing in optoelectronics, which was founded in 1996. The company, which is based in the science and technology park of Berlin-Adlershof, Germany, is a worldwide leader in the field of single photon counting applications.