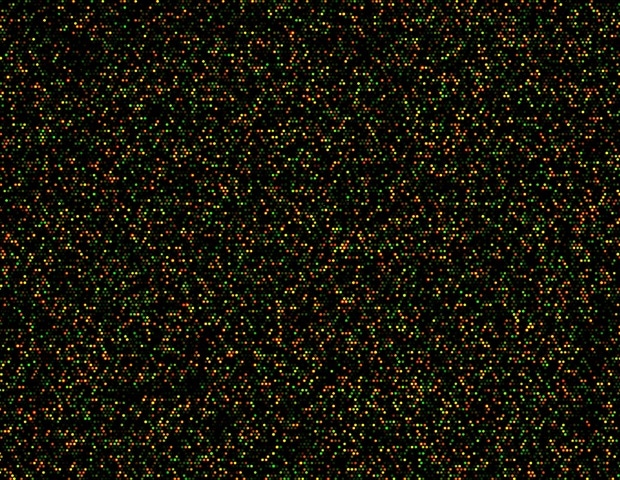 Nanogen has announced it was issued Patent No. 6,960,298, "Mesoporous permeation layers for use on active electronic matrix devices" by the U.S. Patent and Trademark Office.

Nanogen has announced it was issued Patent No. 6,960,298, "Mesoporous permeation layers for use on active electronic matrix devices" by the U.S. Patent and Trademark Office.

The '298 patent relates to synthetic polymer hydrogels with defined pore size that overlay an electrode on a substrate. The technology, which is an integral component of the NanoChip Electronic Microarray, provides high-performance characteristics on active electronic chip devices, offering a protective interface between the electrically active surface on the NanoChip array and the biological test environment.

Ion-permeable permeation layers are essential to the function of electronic devices such as the NanoChip array, allowing the attachment and immobilization of nucleic acids, which can serve as probes for detecting nucleic acid sequences of interest, on the chip. The permeation layer allows the diffusion of ions that balance the electric charge near the reaction site and the precise electronic control of analyte movement, both of which facilitate the rapid movement of nucleic acids to and from various test sites on the NanoChip. The permeation layer also separates the attached biomolecules from the electrochemical environment generated immediately at the electrode, preventing the attached molecule's exposure to the highly reactive surface, which can rapidly destroy nucleic acids or other biomolecules.

"Nanogen's electronic microarray platform includes many cutting-edge inventions, each of which contributes to the unique performance characteristics of our instrument system for molecular testing," said Howard C. Birndorf, Nanogen chairman and chief executive officer. "Each patent we secure will further protect our investment in the development of products like the NanoChip array."