An interview with Dr. Steven Simpson, MD, discussing the importance of raising awareness of the signs and symptoms of sepsis, and how Sepsis Alliance is helping to reduce the number of deaths caused by sepsis in the USA.

An interview with Dr. Steven Simpson, MD, discussing the importance of raising awareness of the signs and symptoms of sepsis, and how Sepsis Alliance is helping to reduce the number of deaths caused by sepsis in the USA.

What is sepsis and why is it so dangerous?

The definition of sepsis that was agreed upon a couple of years ago by critical care physicians is that sepsis is life-threatening organ dysfunction caused by a dysregulated host response to infection. There are several parts to this. 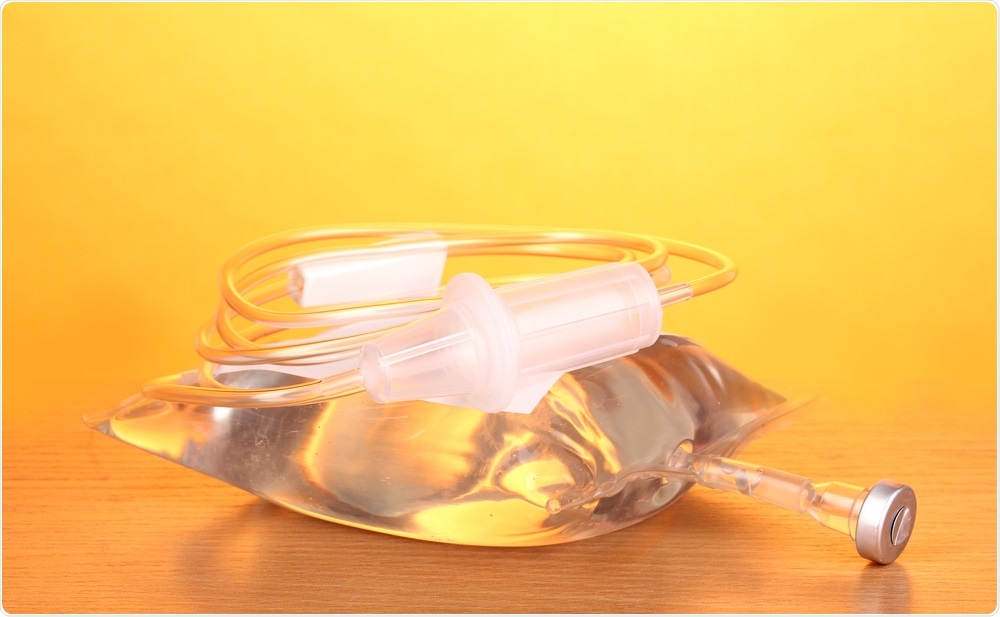 The simple part is that sepsis must be caused by an infection, or it isn’t sepsis. However, the host response to this infection must also be dysregulated. This means that at certain times in sepsis you have overabundant innate immunity, and at other times your immune system becomes compromised.

We believe that many people who die from sepsis may have started off with this overabundant immune response, but later became immunocompromised, having depleted their immune system, making them unable to fight off the overall condition.

An infection requires an immune response, but, when it becomes uncontrollable, it can lead to organ damage and septic shock. We know this because people who don't respond well to bacteria die with great frequency when they get infected.

One of the things that makes sepsis dangerous is that it's not well recognized by physicians and is not at all recognized by most members of the public who develop sepsis. This is a problem because it means that patient’s often delay coming to medical attention, as they think it's just a cold or the flu when, in fact, their organs are being damaged. The later you show up for care, the more likely it is to be deadly.

Why is it important to raise awareness of the signs and symptoms of sepsis?

It's important because most people are not aware of the signs and symptoms of sepsis. Sepsis Alliance does surveys every year which have two components.

One component says, "Have you ever heard this word sepsis before?" – This bit of awareness is going up over time, and now, around 60% of the population have heard the word sepsis.

However, when we push them and say, "Okay, tell us what you know about sepsis. Tell us whether you would know if you had it," it's almost 0%.  As I said before, delays in diagnosis coupled with delays in treatment lead to worsening organ dysfunction, shock, and death.

For example, we know that the sooner you get your antibiotics, the more likely you are to survive. If you have a septic shock, for example, between 7-8% more people will die per hour from the onset of shock to the administration of antibiotics.

Some of my research here at the University of Kansas demonstrated that if you show up to the emergency room with severe sepsis and your antibiotics are delayed, 8% of people per hour will go on to develop shock and 5% per hour will ultimately die.

It's exceedingly important that people learn to recognize the signs and symptoms of sepsis so that they can call for medical attention as soon as possible. 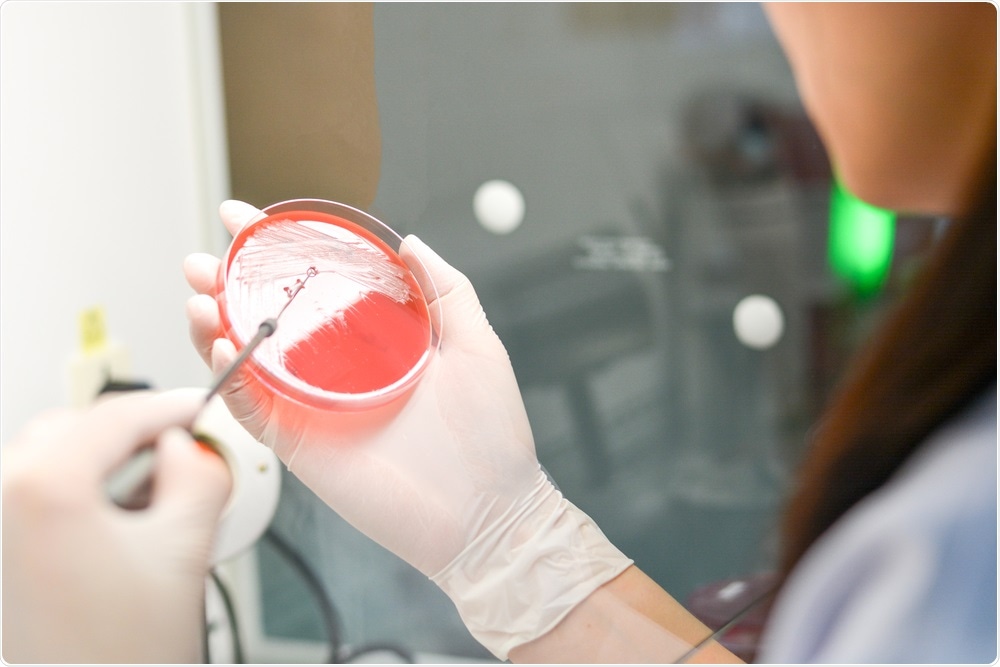 What should you do if you suspect that someone you know has septicemia?

There are two key parts to this. The first one is to recognize that sepsis is an emergency. If you think somebody is suffering from sepsis, you need to treat it as an emergency, the same way as you would if someone was having a heart attack.

Many people will not think they are sick due to a change in their mental status, so it is imperative that you get them to the emergency room.

The second part is that when you get to the emergency room, tell the doctor you are concerned about sepsis and ask “Could this be sepsis?”.

You must say the words because when you work in an emergency room, people come through the doors with all sorts of signs and symptoms, so putting sepsis at the forefront of the clinician’s mind is important.

What is the “It’s About TIME” initiative?

It's About TIME is a national public awareness campaign sponsored by Sepsis Alliance. We use the acronym, “It's About TIME”, because, frankly, getting treatment and surviving sepsis is about time, but TIME is also an acronym. 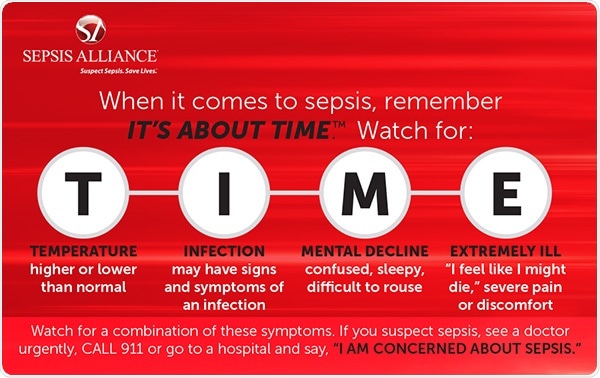 These are not the only signs and symptoms of sepsis, of course, but these are the most common symptoms that people are able to recognize.

For example, it is not unusual for a septic person who is having a mental status change to be brought to the emergency room by a spouse who thinks they're having a stroke. While yes, it is fantastic that people think about strokes because they have to be treated quickly, there is a complete lack of awareness that what may be causing this mental change is sepsis.

The campaign aims to raise awareness of the signs and symptoms of sepsis and give people the knowledge to suggest sepsis to their doctor when they arrive at the emergency room.

Who is Angelica Hale, and how is she involved in the “It’s About TIME” initiative?

Angelica Hale is a young girl who was a finalist in an American television show called ‘America's Got Talent.’ She was highly popular on the show and has since started a career in singing. What many people don’t know is that Angelica developed a severe case of sepsis at the age of four, which spread to both lungs and caused her to be on a mechanical ventilator.

The infection very nearly killed her. I have no idea what her memories of that must be like, but I know that her parents, of course, were traumatized by it. Now, aged 11, she wants to use her position to increase public awareness of sepsis and the importance of early medical intervention.

We teamed up with Angelica for the It’s About TIME campaign as the main proportion of her fans, and social media are young people. The idea is that we will get the message into the minds of children while they are still young, and they will carry it with them throughout their lives.

I’m using my voice to spread awareness of sepsis, so everyone will be able to recognize the signs and symptoms and get treatment right away. Remember when it comes to sepsis, It’s about T.I.M.E.”

How can people get involved in the campaign?

There are lots of things you can do! The first is to go to the Sepsis Alliance website and learn more about the TIME acronym and sepsis itself. The second is to communicate what you learn with your loved ones and friends.

Finally, Sepsis Alliance is a charitable organization. We exist thanks to the generosity of individuals and companies who donate to us. Every dollar helps save a life, so the final way of getting involved has to be fundraising.

The easiest way to do this is on your social media. During Sepsis Awareness Month (September) of last year, I put a donate button on my Facebook profile, with a simple message about sepsis. After a few weeks, the post had raised several hundred dollars for the organization.

What’s next for Sepsis Alliance?

The next event in the calendar is an annual fundraising event in New York City called Sepsis Heroes, which takes place every September during Sepsis Awareness Month.

This event brings together individuals from across the nation and helps recognize the extraordinary work that they do; from health system initiatives that reduce the number of deaths from sepsis, to individuals who go the extra mile to educate others about the signs and symptoms of sepsis.

Another initiative we are involved in is helping hospitals to develop a Sepsis Coordinator Network (SCN), an online network that provides healthcare professionals with evidence-based best-practice resources and guidance to improve outcomes for patients with sepsis.

This is a brand-new initiative with the aim of making sure every hospital has a central coordinator for sepsis and is free to join.

We also have some international members. The hope is that if representatives come together and speak as a unified voice, it could result in measures being put into place that reduce the number of deaths from sepsis.

Where can readers find more information? 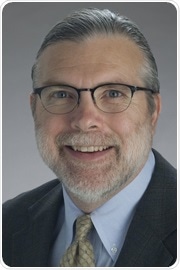 Dr. Steven Simpson is a Professor of Medicine and Acting Director of the Division of Pulmonary and Critical Care Medicine at the University of Kansas.

He is also Chair of Interdisciplinary Critical Care at the University of Kansas Hospital and Medical Director of three intensive care units.

Dr. Simpson has researched all areas of severe sepsis from molecular and cellular mechanisms, to translational studies, to quality improvement studies.

He is a regular reviewer for the journals Critical Care Medicine and CHEST and is the author of more 70 peer-reviewed papers. He has also written and edited manuscripts, book chapters, and web-based articles and presentations.

The Pre-Med’s Guide to Applying to Medical School

Improving the Health of Older Men Through Exercise

Vitamin D and Diabetes: What You Need To Know