Current drug development for neuropsychiatric disorders is in crisis, say experts. More than 90 percent of all drugs that are developed for illnesses like schizophrenia, depression, Alzheimer’s disease (AD), or the brain tumor glioblastoma complete successful trials in mice but then come to a grinding halt in human trials, wasting billions of dollars in drug research. This is partly because of obvious behavioral differences between the two species.

Current drug development for neuropsychiatric disorders is in crisis, say experts. More than 90 percent of all drugs that are developed for illnesses like schizophrenia, depression, Alzheimer’s disease (AD), or the brain tumor glioblastoma complete successful trials in mice but then come to a grinding halt in human trials, wasting billions of dollars in drug research. This is partly because of obvious behavioral differences between the two species. 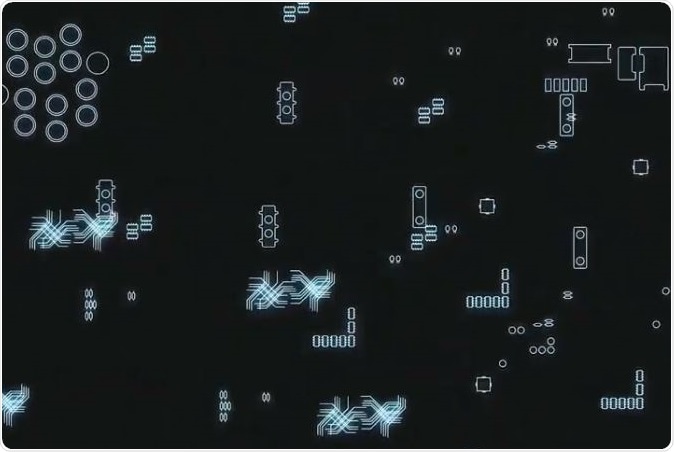 Allen Institute scientists have developed the most detailed “parts list” of the human brain to date and made a discovery that could explain why many psychiatric drugs that work in the lab don’t work in people.

The mystery is, why this happens, since they look so similar in their architecture? An extremely important study at the Allen Institute for Brain Science, Seattle, seems to have found at least part of the answer.

The study compared the cell types in one part of the brain between mice and humans to produce the first-ever detailed classification of each cell type, and of their genetic expression. To do this, they looked at almost 16,000 brain cells from the cortex of the human middle temporal gyrus (MTG), a brain region which is concerned with thinking, memory, emotion and other cognitive functions – and therefore also with neurological and psychiatric disease. They compared them with cells from a motor and a sensory part of the mouse brain (since no area corresponding to the human middle temporal gyrus is known in mice).

The researchers used a new technique called single nucleus RNA sequencing analysis, to generate single-cell transcriptomes – a list of all the RNA sequences produced in the nucleus of one cell. This tells them what genes are being expressed to create specific proteins that in turn are used for the cell’s activity. This helps predict which cell performs what function, very reliably.

Using this, they rapidly identified and classified brain cells of several dozen types in the MTG by their gene expression profile – creating a human brain “parts list”. As another author Ed Lein says, “In one fell swoop you can get a more or less comprehensive understanding of all of the different types of cells that make up a brain region.” As a result, they found a few thousand types of different cells within the brain, which is much higher than older figures.

They found that while the human brain has about 1,000 times more cells than a mouse brain, the cell architecture is very similar. This helped them match homologous types – those which have the same set of genes – and to predict what functions those cells would serve. Both species have about 100 types of matching cells.

On a closer look, however, they found that 75 of these showed major differences in the extent of gene expression. In other words, some mouse brain cells often produced up to 90 percent less of up to 18 types of proteins than the homologous human cell. These differences can make a huge impact on the function of the cells in brain circuit connections and neurotransmission. The researchers say, “Divergent genes are associated with connectivity and signaling.”

There were also significant variations in the relative abundance of different cell types, their distribution between cell layers, and even their shape. Especially puzzling were the slight variations in genetic expression between mice and human microglia, the immune cells of the brain. Understanding such differences might allow scientists to understand immune disorders of the nervous system much more clearly. These disorders include multiple sclerosis, systemic lupus and amyotrophic lateral sclerosis, and even, perhaps, the dementia condition called Alzheimer’s disease (AD).

The study concluded that the neuron classifications used for decades, which were based on cell shape and location within the brain, were quite inaccurate. In fact, cells that were apparently similar in humans and mice showed a large difference – tenfold or more - in the type of proteins they synthesized, such as receptors for key neurotransmitters like serotonin.

This could make all the difference when it comes to drug activity. As one author, Christof Koch, says, “If you want to develop a drug that targets a specific receptor in a specific disease, then these differences really matter.”

As a result, drugs that act on a certain receptor could, unexpectedly, act quite differently on the brain in both species. Drugs routinely used to treat human conditions like depression depend on their effects on specific receptors as seen in mice. However, this study shows that trying to understand the therapeutic and side effects of a drug in humans using mouse models could be seriously misleading.

The high-resolution brain mapping confers the ability to compare different species and identify the level of similarity, to choose the best model before they test out hypotheses and therapies. For instance, the drugs that help mice with AD-like conditions may not help people with AD because they act differently in the two species. Instead, nonhuman primates might be a better model for drug trials.

Another application is the detection of various gene defects in specific cells, which can help to understand the underlying pathology in many brain disorders. For instance, it is thought today that Parkinson’s disease is due to the defective function of dopamine-producing neurons, while epileptic seizures occur because of the failure of specialized cells that suppress the abnormal spread of electrical activity. Koch says, “It’s not good enough to know there’s something wrong in the amygdala. You need to know, of the 100 different cell types expressed in the amygdala, which one, specifically, is overexpressed or underexpressed, which synapse is not functional anymore.”

Neuroscientist Eric Nestler hailed the results, saying, “This type of very detailed molecular biology is a useful roadmap, and will much better inform the validity of animal models.”

The study was published in the journal Nature on August 21, 2019.

Test identifies how people with gonorrhea will respond to ciprofloxacin

RPS calls for community pharmacists to be allowed to alter prescriptions