Validating the Diagnosis of Depression

Thought LeadersProf. Parastoo HashemiAssistant Professor of Chemistry
Department of Chemistry and and BiochemistryUniversity of South Carolina

In your talk at Pittcon 2018, you mentioned that depression is difficult to diagnose. Please can you outline the current issues with the serotonin hypothesis for diagnosing depression?

It’s very difficult to diagnose depression. To explain this, I like to use the analogy of what you do if you suspect that you have a condition such as diabetes - you visit your doctor who takes blood tests, from which they measure your glucose and insulin levels to deliver a definitive diagnosis. With depression, you can't open the brain to find answers, and the chemistry of the brain is separate from the chemistry of the body. 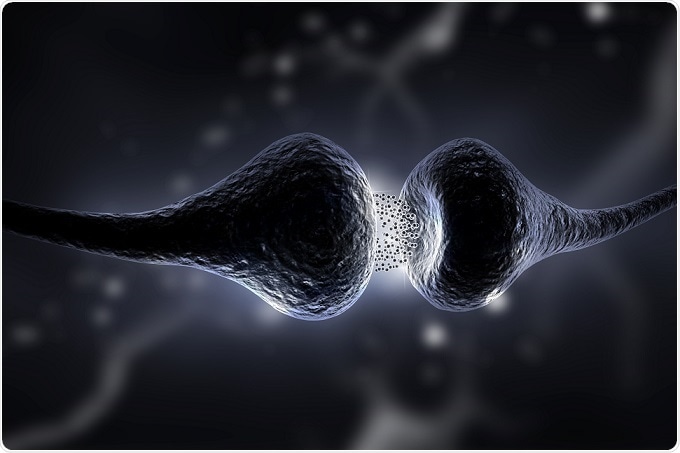 Instead, the doctor asks questions and forms an opinion based on your answers. Over the past few decades, there have been theories forwarded about brain activity during depression, and one of the major hypotheses is that serotonin is lower in the brains of people with depression. This is known as monoamine hypothesis of depression.

This fuelled the development of modern anti-depressants, and as a result, front line treatment for depression mostly consists of selective serotonin reuptake inhibitors, SSRIs, intended to increase serotonin levels.

However, without an effective method for measuring serotonin, it's difficult to test that hypothesis.

Please give an overview of the research that you have been working on which led to you winning the Pittcon Achievement Award.

We had many questions regarding serotonin, and it became clear that to answer them we'd need new technologies. We worked on creating microelectrodes made from carbon that we could implant into brain tissue. Carbon is a really good material for making biological measurements because our bodies are full of it, meaning the body doesn't have a negative immune reaction to an implanted carbon electrode, as it would to say gold or platinum, materials that aren’t present in our bodies.

We made them really small, measuring at about 1/100th or 1/1000th the diameter of a human hair. We implanted them directly into brain tissue and spent many years trying to develop different detection schemes, modifications, electrochemical parameters and physiological parameters that would allow us to measure serotonin.

Having acquired the serotonin measurements, we spent the past few years trying to figure out how to apply those to depression research, from different animal models, biochemical assays, and collaborative work with mathematicians.

What does it mean to you to win the Pittsburgh Conference Achievement Award?

I've been coming to this conference and attending the Pittcon Achievement Symposium for about 12 years, so it's really fantastic to be recognised amongst the other winners.

It’s a huge honor, on both a personal and professional level, and really a milestone in my career. Research is such an unforgiving career choice sometimes. You can work hard for a long time and yet see very little result.

We’ve worked hard, and are finally making an impact in the field, which is wonderful to be recognized for. It also means so much to my mentors, and of course, my students, who are honored to have their work recognized.

In your talk, you also discussed how in inflamed synapses, we see increased histamine levels and a decrease of serotonin levels. How can these findings be used to validate the serotonin hypothesis?

It's not the synapse that's inflamed, rather inflammation in general. To put it in perspective, when you're sick or some kind of bacteria enters your body, your body will have an immune reaction to it, and that's called inflammation. The same thing happens in your brain and is called neuroinflammation. While a lot of knowledge exists on certain markers for neuroinflammation, how neuroinflammation affects neurotransmission remains a grey area.

We found that during neuroinflammation, which is very prevalent in depression and other psychiatric diseases, serotonin levels are lower. We link this to greater levels of histamine, which inversely modulates serotonin.

For the first time we could verify the serotonin hypothesis of depression and conclude that the serotonin levels were lower. We know why they're lower, and are now examining what impact treatment really has, not just with serotonin but histamine too.

Eavesdropping on the Brain from AZoNetwork on Vimeo.

What neuroanalysis technology did you use to study the brain under healthy and disease conditions?

These were the tiny carbon fibers, and because it's new research technology, we actually made them by hand, and It's a real art. When people join my lab for a full year, they learn how to make these electrodes.

You take a tiny glass capillary and aspirate a tiny fiber, which are barely visible with the eye. You pull it apart under heat, so the glass forms a seal, then the hardest part is cutting that to a specific length under a microscope with a scalpel.

Once you become accomplished at that, then there's a whole bunch of instrumentation to learn how to make and troubleshoot, since they can’t be bought. Next you have to learn about anaesthesia and brain surgery.

How translatable are your findings to the physiological response to depression seen in humans?

Most depression research occurs in mice and rats, and the big question in the field is how translatable is that to humans. There are very well-established behaviour paradigms in animals that will lead to depression phenotypes. But of course, it's a big jump to try to compare that with a human condition that's extremely complex.

To explore this, we've started working with stem cells taken from human skin, that we apply various different conditions and growth factors to, which turns them into any type of bodily cell. We work with people that can turn these into serotonin neurons, which is really cool.

From these we will know by proxy what's happening in your brain, so these are our efforts towards making what we've seen in the mice translatable to humans.

How would you like to see your findings on histamine inhibition influence antidepressant drug development in the future?

So right now, in terms of antidepressant therapies and drug discovery, there's been a loss of interest in SSRI research in developing new drugs. The major reason is because it's very difficult to screen these drugs. There's no chemical test for depression. There's no chemical test for antidepressant efficacy. Drug developers have traditionally relied on behavioural tests in mice, and it turns out they're not very reliable.

In recent years, we've seen quite a decline in drug development. Antidepressants currently work for about 30% of patients who take them, with the other 70% experiencing extremely variable efficacy rates. With this novel focus on histamine, perhaps we can reinvigorate the drug discovery efforts, and get that efficacy rate up.

Pittcon is the forum for the most cutting edge analytical research, and what I love is the focus on real world, real life problems. You can attend sessions on environmental chemistry, food chemistry, and biological chemistry and more, so for students and for myself, it's always nice to see a real application behind this cutting-edge technology. This year's been a great example of that; there've been so many interesting talks about the development of chemical systems and applying it to a problem that would affect ordinary people in their every day lives. 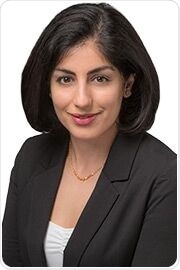 She obtained her PhD in the Department of Bioengineering in Imperial College, London under the mentorship of Martyn Boutelle. She then performed her Post Doctoral studies at the University of North Carolina in Chapel Hill, with Mark Wightman.

Parry started her independent research career in 2011, pioneering a unique interdisciplinary program. Her group develop tools to study pertinent public health issues at the nexus of biology and the environment.

Sponsored Content Policy: News-Medical.net publishes articles and related content that may be derived from sources where we have existing commercial relationships, provided such content adds value to the core editorial ethos of News-Medical.Net which is to educate and inform site visitors interested in medical research, science, medical devices and treatments.

The Pre-Med’s Guide to Applying to Medical School

Improving the Health of Older Men Through Exercise

Vitamin D and Diabetes: What You Need To Know