As the world reels from the devastating impact and the looming threat of the novel coronavirus COVID-19, researchers around the globe are racing to find a cure that will reduce symptom severity and reverse the course of the disease, freeing up more hospital space and making it possible to treat more of the severely affected cases.

As the world reels from the devastating impact and the looming threat of the novel coronavirus COVID-19, researchers around the globe are racing to find a cure that will reduce symptom severity and reverse the course of the disease, freeing up more hospital space and making it possible to treat more of the severely affected cases.

In tune with this, the World Health Organization (WHO) has commenced a large trial of four treatments that hold the most significant promise of controlling the coronavirus. This is a trial without precedent, with researchers from multiple locations working in unison to collate as much data on the efficacy of these treatments, even while the pandemic is raging. The study is designed with the greatest simplicity, to include thousands of patients in dozens of countries. It is an intentional plan to enable the most overwhelmed hospitals to take part in the trial to collect the most results possible within the shortest time frame.

The shortest route to developing effective treatments for the virus is to look at existing drugs, either those that are already approved for other diseases, as well as those that are not yet approved but have been shown to help relieve the disease in animal models of the two previous coronavirus epidemics, namely, severe acute respiratory syndrome (SARS) and Middle East Respiratory Syndrome (MERS).

The hope is to find that one or more of these drugs will slow down or kill the severe acute respiratory syndrome coronavirus 2 (SARS-CoV-2). This would play a significant role in saving many critically ill patients, but would also protect thousands upon thousands of healthcare professionals and other associated workers who put their lives at risk each moment they are in their workplace. Also, effective treatments could also push down the time spent by patients in intensive care, making more beds available for those who need it. 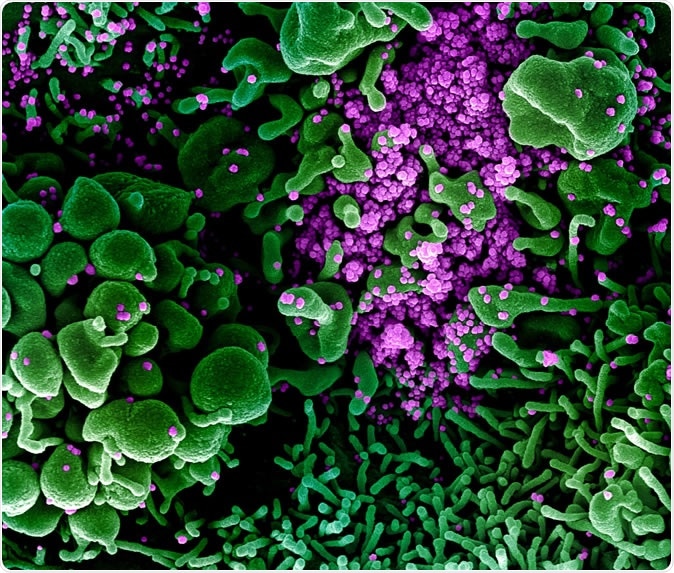 The participants in the trial, called SOLIDARITY, will be any patient who is confirmed to have COVID-19 and fulfills the eligibility criteria as decided by the treating physician. After informed consent procedures are completed, the patient’s details are then entered into a website set up specifically for the trial by the WHO.

The physician lists the hospital’s available drugs from the four being studied in the trial, and the website randomizes the patient to either one of these drugs or the local standard care being offered for the infection.

This completes the enrolment procedure for the trial. The only remaining details, according to one of WHO’s medical officers, Ana Maria Henao-Restrepo, are the day the patient is hospitalized, the date of discharge, leaving or death, the duration of hospitalization, and the need for oxygen or ventilation during the patient’s stay.

The design of the trial is not double-blinded, in that the patients know if they are receiving one of the trialed drugs, and may, therefore, show benefit due to the placebo effect. On the other hand, in this particular situation, the WHO is less concerned about conforming to the highest scientific standards and less about optimizing the efficiency of the process to get results as fast as possible. The trial itself was conceived less than a couple of weeks ago, and the agency is hustling to get the required documents and data management facilities up and running within one more week – which is ‘record time,’ according to Henao-Restrepo.

The simplicity of the trial design has won the approval of many researchers, who feel that more details about the course of the disease aren’t relevant at this stage of knowledge. Virologist Christian Drosten from Berlin says, for instance, “We don’t really know enough about this disease to be sure what it means when the viral load decreases in the throat.”

Meanwhile, others are following WHO’s cue. France, for example, is starting an add-on trial in Europe called Discovery, including 3,200 patients from 7 or more countries, testing the same drugs except for chloroquine. Others could also do the same while modifying the requirements to suit their own research goals as well. For instance, they could add on virology tests, do blood chemistry, or imaging of the lungs. Yet, Henao-Restrepo points out, these are not ‘core requirements’ at this stage, though they might well be of great value in the future.

The drugs to be tested were shortlisted based on:

This drug inhibits an important viral enzyme called the RNA-dependent RNA polymerase, which is required for viral replication inside the host cell. First developed to fight viruses such as Ebola, it failed to prove effective when tested in the 2019 Ebola epidemic in the Democratic Republic of the Congo. However, laboratory studies in test tubes and animals show it might be effective in fighting coronaviruses, and anecdotal evidence supports this possibility, with at least two patients who were in a critical state being reported to have turned the corner when given the drug. The drawback is that it has to be given intravenously, it is expensive, and is required in only 15% of patients.

These antimalarials are included chiefly because of the need to decide whether they are useful or not, based on the interest shown in their use in many countries. They reduce the acidity level within endosomes, which are intracellular compartments that receive material from outside the cell. These can be hijacked by viruses to achieve the same aim, namely, to enter the cell. However, the virus that causes COVID-19 enters via a spike receptor on the cell surface rather than endosomes. While cell culture studies indicate some antiviral activity, high doses are required, carrying the potential for toxicity.

Animal studies have not shown benefit either. However, over 20 Chinese studies reporting evidence of benefit with chloroquine in COVID-19 patients have been published – all without supporting data. This makes it difficult to evaluate the claims of efficacy. According to the WHO, “WHO is engaging with Chinese colleagues at the mission in Geneva and have received assurances of improved collaboration; however, no data has been shared regarding the chloroquine studies.” A French study was similarly confusing.

Moreover, the diversion of these drugs to treat COVID-19 could lead to a deficit for people who use it for well-established indications like malaria or rheumatoid arthritis.

The toxicity of hydroxychloroquine, in particular, is disturbing, because it can, though rarely, cause cardiac injury – a concern when people with heart disease are already at risk for severe COVID-19 symptoms. The guideline issued by the U.S. Society of Critical Care Medicine states that “there is insufficient evidence to issue a recommendation on the use of chloroquine or hydroxychloroquine in critically ill adults with COVID-19.”

This antiviral combination was first approved for the treatment of HIV and consists of a pair of protease inhibitors. However, it also works with other proteases, including coronaviruses, such as in animal models of the MERS, as well as in human SARS and MERS patients. The results in the latter were not encouraging, and neither was the first human trial studying the effect of this combination in COVID-19.

The trial will also look at how the two protease inhibitors act together with the inflammation-regulating interferon-beta, now being tested for the first time in human patients with MERS in Saudi Arabia in a randomized controlled design. The use of interferon-beta in severe COVID-19 could well backfire, feel some experts.

The drugs tested in the trial may soon change based on interim results of lack of efficacy, or evidence of harmful effects. The aim, according to Henao-Restrapo, is simple: “It will be important to get answers quickly, to try to find out what works and what doesn’t work. We think that randomized evidence is the best way to do that.”

Hydroxychloroquine could have a beneficial effect on COVID-19